We had such fun at the final public event for the Clachtoll Broch project.

Uist Corrigan (who is now at Edinburgh College of Art) joined me and some local folk and volunteer archaeologists. (That’s Uist keeping an eye on the furnace) 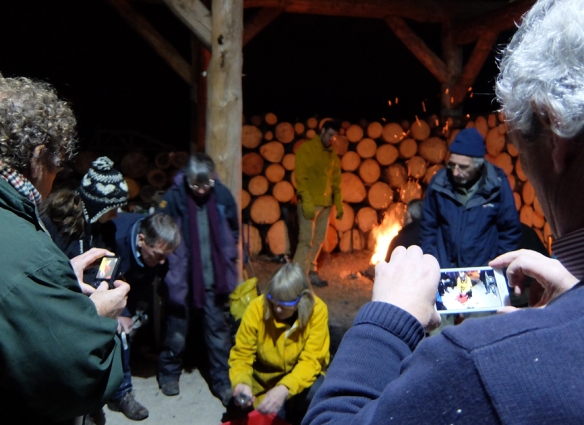 We had the bellows from SSW and built the furnace using local clay, sand and horse dung. 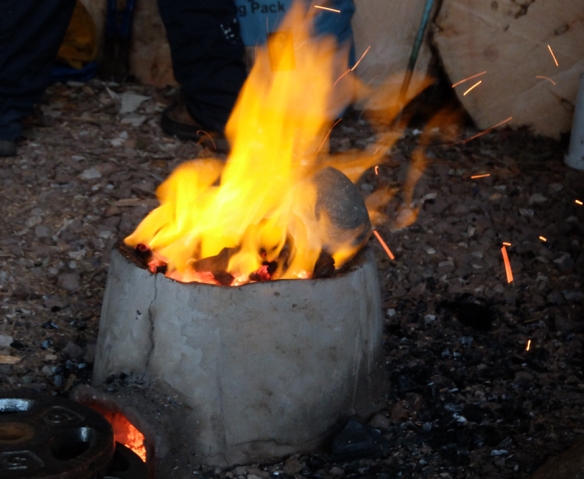 We had some local charcoal courtesy of Chris (although most of it came from the Chinese wholesalers in Dundee). Heather Fulton took loads of photos, some of which I’m using here.

We started before dusk and did the final copper smelt of the project.

Just about everyone helped with the bellows, it’s not so easy, but it’s sociable, thanks all who joined in.

We cast the two community bronzes which were lost wax cast. 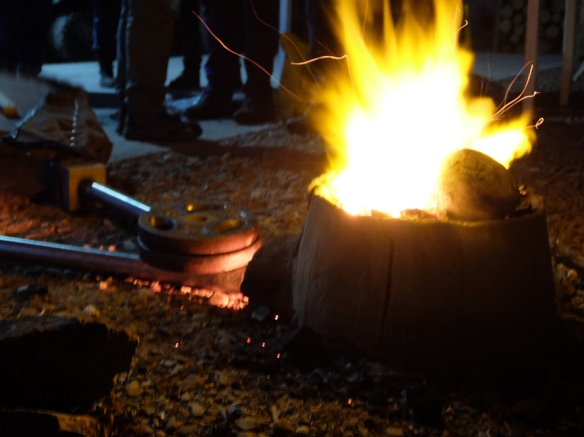 This is burning out the wax.

Pouring the bronze and, below checking out the crucible for the next pour. 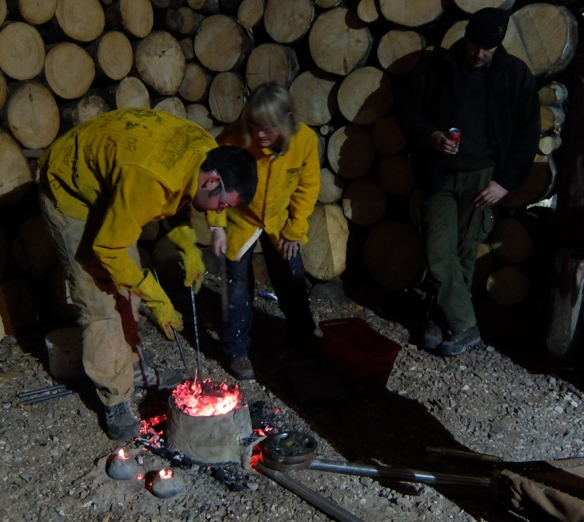 One of the bronzes was a bear foot print, designed by Bill. 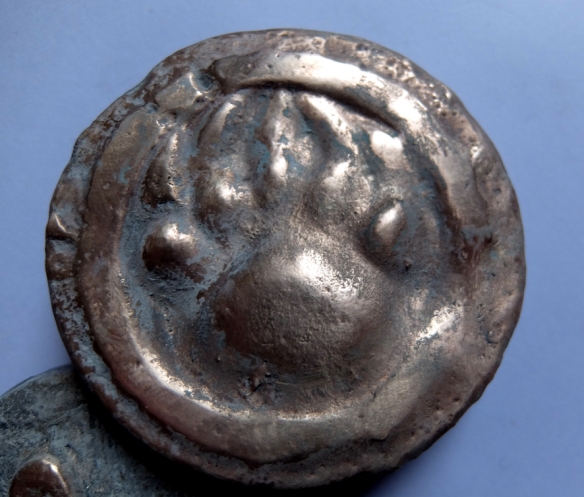 I had spent the previous week preparing the waxes, adding runners and risers and then  dipping them in a clay slurry mix to build up layers of mould which was then finished by enclosing in a cob clay with a pouring funnel. 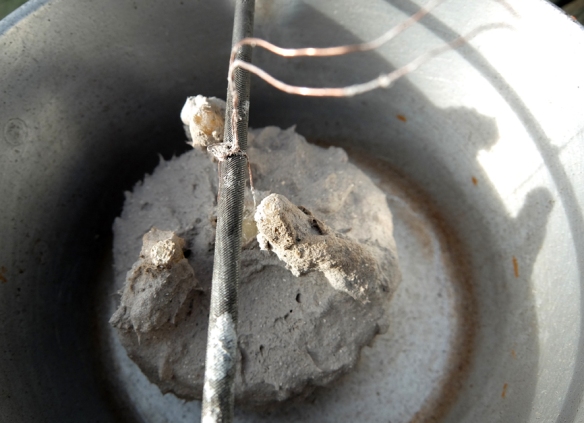 We kept the furnace going (and the bellow workers) to pour the last bronzes – One closed oil sand 2-part mould, an open sand box with local sand and clay mix; and a closed 2-part mould (although we ran out of bronze in the end)

Most people went up to hear Gordon’s talk, but I’d promised Mandy Haggith that we’d try a copper alloy. So we switched to the hand blower to melt the copper, including from the local smelting, and added some tin grain to get a very local bronze alloy.

The open sand mould was Roz’s bird over waves design; and the closed one Stuart’s panda:-

The next morning I said goodbye to the Art Studio for 2018 and headed back to my studio to finish the final bronzes. 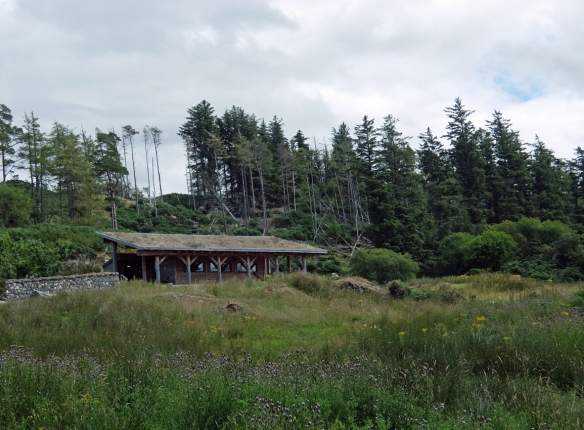 My thanks to everyone for making the Clachtoll broch art project such good fun.